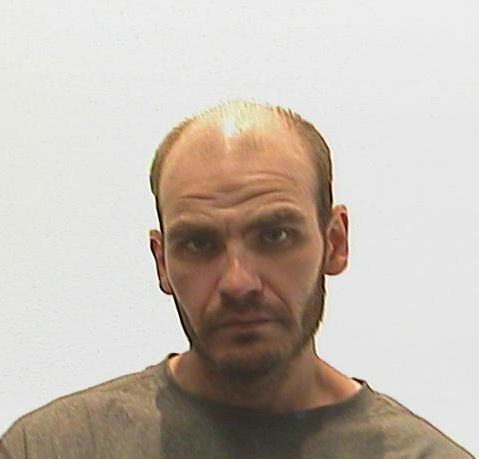 Around noon April 30, Yorkton RCMP were notified Tyler Edwards (1987/02/27) from Whitespruce Provincial Training Centre stole a vehicle from a supervised work location along Highway #9 south of Yorkton and left the area.

The vehicle is described as a grey Nissan Murano with SK license plate 682 MCD.

Tyler Edwards is described as being 5’9” tall, 150 pounds with brown hair, blue eyes and may wear glasses. He has multiple tattoos; among them: a large insect just below his right elbow, a rose with lettering “mythic” on the inside of his left forearm and a cross with flames on his left shin. RCMP said they do not have a clothing description.

There is a warrant issued for his arrest for breaking, entering and commit theft – section 348(1)(b) C.C. and being unlawfully at large – section 145(1) C.C.

Edwards maybe traveling to the Regina or Pilot Butte areas, but this is not confirmed.

If you see Edwards or the vehicle described above, do not approach and contact your local police service or 911.

Submitted Article - May 14, 2021
A Grenfell man is one of males facing a number of charges in connection with the use of counterfeit currency.  This comes after an...

Vaccination booking system open to ages 26+ on May 12

RCMP locate female and suspect after complaint of abduction