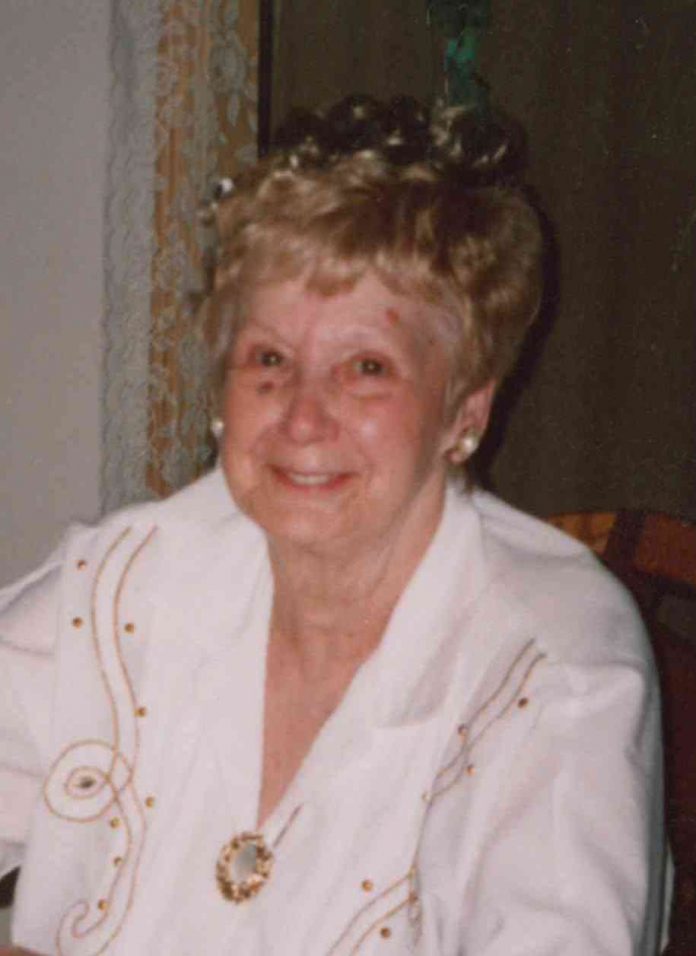 The family of Fran Gillis announces her passing at the Assiniboine Centre, Brandon, Manitoba on Thursday, November 28, 2013, following a brief illness. Fran Larry was born July 15, 1928 in Whitewood, Saskatchewan, where all of her school years were spent. Upon graduation, she moved to Regina where she attended Business School returning to Whitewood to work at the bank. Soon after, she married Doug Gillis on June 30, 1949, in Whitewood. With Doug working for the CPR, this involved Fran homemaking in various places (Saskatchewan, Manitoba and Ontario). She often spoke of their first home as a “boxcar converted to an office and home.” Many of their 53 years together were spent travelling, with the favorite destinations being the Kentucky Derby while cruising the Mississippi, Hawaii and Palm Springs. Wherever she lived she was active in the community as a member of Eastern Star, UCW, and leader for Explorers. Fran was always ready to lend a helping hand to Doug organizing sports and feeding the teams! A wonderful cook, she was often called upon to supply dainties and food for fowl suppers and weddings. This continued into her latter years as she often provided the pies for many family get-togethers. Her “lemon meringue pie” was a standing request. Fran is survived by her son Larry (Betty) of Brandon, MB, grandchildren Devon of Winnipeg and Tory of Regina; daughter Cathy (Roger) of West Kelowna, BC, grandchildren Michelle of Victoria, Scott of Winnipeg and Taylor of Vancouver. A mother and grandmother par excellence; we will all miss her knitting, care packages, phone calls, gifts and surprises in the mailbox! She was predeceased by the love of her life, Doug, in 2002 and by her parents John and Ruth Larry. The Ceremony to Celebrate Fran’s Life took place at Memories Chapel on Tuesday, December 3, 2013. Lydia Glawson, Funeral Celebrant officiated. Eulogy was given by her son-in-law Roger Wilson and her granddaughters Devon and Tory Gillis. Pallbearers were Roger, Scott and Taylor Wilson; Barry, Brett and Kelly Cowan. Interment was at the Brandon Cemetery. If friends so desire, donations in memory of Fran may be made to the Juvenile Diabetes Research Foundation, 1101–191 Lombard Avenue, Winnipeg, Manitoba R3B 0X1. Expressions of sympathy may be made at www.memorieschapel.com. Arrangements with Memories Chapel & Pre-Planning Centre,  Brandon 1-888-694-8153.