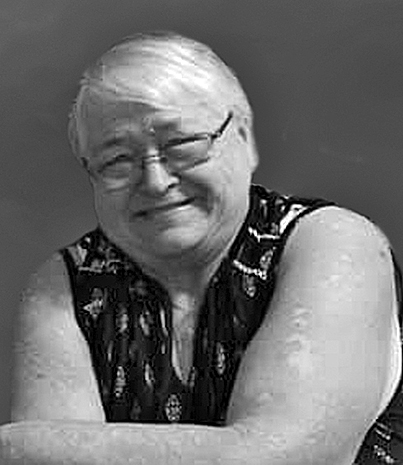 Gladys Marie Elizabeth Thompson (Stradeski) of Melville, SK, passed away peacefully Wednesday, Dec. 15, 2021, at St. Peter’s
Hospital in Melville.
Gladys was born Nov. 26, 1951, in Esterhazy, SK, to Charles and Elizabeth Stradeski. She grew up on a farm south of Grayson, SK, attending school in Grayson and graduating from St. Henry’s School in Melville in 1970.
On Oct. 24, 1969, she met the love of her life, John Thompson. They were married on Oct. 28, 1972, and were blessed with two sons, Rob in 1977 and Steven in 1992. They moved to a farm in the Banner Hall district north of Melville, making friendships that Gladys cherished for life. It was there where she started her life-long journey of home child care. Gladys loved kids. After moving into Melville in 1990, she continued her home daycare until retiring in 2018. She loved each of the hundreds of kids she looked after over the years like her own and enjoyed having them come to “Aunty Gladys’s” house.
Gladys was predeceased by her parents, Charles and Elizabeth; a brother in infancy, Albert; her sister, Pat Selin; her brother, Larry Stradeski; brothers-in-law Willie Selin and Gordon Koch; father- and mother-in-law Lloyd and Edith Thompson; and brother-in-law Clarence Thompson. She leaves to cherish her memory her husband of 49 years, John; son Steven (Sean) of Calgary; son Rob (Jane) of Saskatoon; grandsons Keegan (Jasmin), Logan (Kyra) and Griffin (Debbie); her pride and joys, great-grandchildren
Anora, Xavier and Gwenevere; sisters Therese Koch, Jo (Brian) Galipeau, Anita (Albert) Parrish, Gail (Ron) Steinbach, Louise (Al) Horne and Sadie (Dave) Hollinger; brother Alex “Butch” (Lise) Stradeski; sisters-in-law Lucille Stradeski, Louise Thompson and Rose (Harvey) Hahn; cousin Janice (Jim) Grimes; as well as numerous cousins, nieces, nephews and the large contingent of her “babysitting family” (as she called it).
Gladys’s funeral service was held on Monday, Dec. 20, 2021, at Matthews Funeral Home, Melville, with the Rev. Brian Mee officiating. Organist Gaylene Matthews played the hymns, “Amazing Grace, “How Great Thou Art” and “Here I am Lord”. Gladys’s son Robert and members of his band played “The Last Saskatchewan Pirate” to honour Gladys. The urn bearer was Steven Thompson. Interment will take place in the Duff Cemetery at a later date.
Arrangements were entrusted to Matthews Funeral Home, Melville.