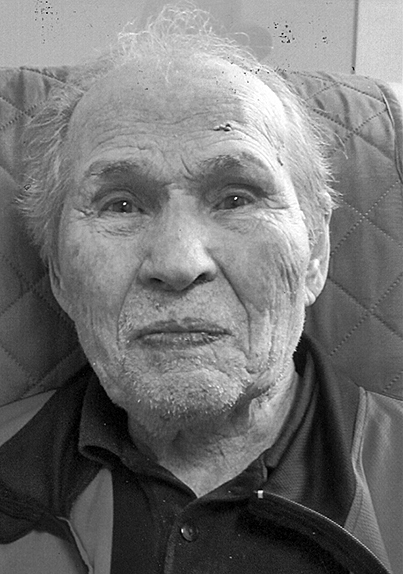 Alex Mazur passed away on Wednesday, July 13, 2022, at St. Paul Lutheran Home, Melville, SK, at the age of 91 years.
Alex was born on Sept. 16, 1930, in Melville, SK, to Andrew and Pauline (Bilyk) Mazur. He attended high school in Melville. On Feb. 25, 1948, Alex started working after school with CN as a callboy. He took a one-year commercial course to qualify as a clerk for CN and was hired in this position in Watrous in 1949, then Hudson Bay. In 1950 Alex took a clerk position at Biggar, changing to fireman in August 1950. In 1958, he was promoted to engineer.
Alex married Mildred Hubenig on Oct. 13, 1952, and they were blessed with six children.
Alex was provincial featherweight boxing champion for six years, 1950 to 1955. He was also runner-up in the Vancouver Sun Diamond Belt championships, where he was named most outstanding prairie boxer in 1954. He was dubbed the “Buzzsaw from Saskatchewan”. He also won the Claude Warwick Memorial Trophy five times as the most popular boxer. Alex never encouraged his sons to pursue boxing but instead turned their interests to model airplanes. He was one of the Melville Model Group who built models and flew them together; they could be found in a park every calm evening.
Alex was instrumental in Melville’s fireworks celebrations. He noticed an ad in the Regina Leader Post advertising a course to be presented for handling fireworks safely; he took the course and got his certificate. Alex canvassed all his friends and CN employees, and they donated cash so that they could hold a fireworks display on the Victoria Day weekend. It was a great success, and they had a surplus of $190.00, which they donated to the Melville swimming pool fund. We have had fireworks every year since, now being held on Canada Day.
Alex was a member of the Melville Fish and Game and sponsored a fishing trophy. He loved hunting and fishing with his sons. Alex loved pitching horseshoes. He entered many world championships as a player and was repeatedly asked by the NHPA to serve in the capacity of judge. He also organized competitions for the Agri-Park for many years.
In 2000 Alex turned his interests to the sky, observing satellites and logging them as a registered user of Heavens Above, a web site that helps track devices in space; he logged over 48,000 sightings, establishing a world-best tally in the field of satellite observing.
Alex loved to dance. Mildred always teased him by saying she married him because he was such a good dancer. They were high school sweethearts and celebrated 69 years of marriage in 2021. Alex suffered a mini-stroke in July 2014 and as a result developed dementia. He was cared for at home with the help of home care until Mildred took ill. He took up residence at St. Paul Lutheran Home on Jan. 20, 2020.
Alex is survived by his wife of 69 years, Mildred; son Mark (deceased wife Alyce, children Michelle and Laura); daughter Margo (husband John, children Erin, Emily, Justin, Thirza, Chloe, Thea, Sevanne, Shea); daughter Heather (husband Lyle, children Misty, Mindy); son Kent; daughter Echo (son Sol) and Scott (daughter Zoe); twenty great-grandchildren, as well as nephew Nick and niece Michalene.
Mildred would like to thank the staff at St. Paul Lutheran Home for their loving care of Alex… it is so appreciated.
Alex’s funeral service was held Saturday, July 30, 2022, at First United Church, Melville, with the Rev. Brian Mee officiating. Music for the service was provided by daughter Echo Mazur and son Mark Mazur. Words of remembrance were shared by daughter Heather Jubenvill and memories of grandpa were presented by granddaughter Zoe Mazur. Interment took place in the Melville City Cemetery with Mark Mazur acting as urn bearer.
Arrangements were entrusted to Matthews Funeral Home, Melville.