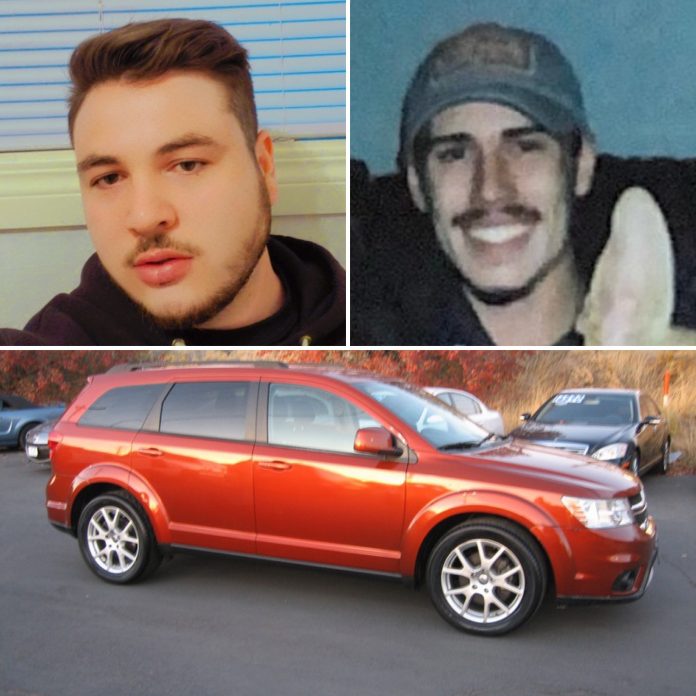 RCMP have confirmed the two men discovered dead on a grid road near Canora were murdered.

In a news release issued today, investigators said that autopsies had been performed and the two victims were identified as 29-year-old Bryton Lawrason and 20-year-old Seth Hildebrand, both of Edmonton, Alberta. Their families have been notified.

“Both deaths are considered homicides and cause of death will not be released as the information is part of the ongoing investigation. To be clear, this is not a homicide-suicide investigation,” said the RCMP in the news release.

Investigators are seeking information from the public about the activities of the orange-coloured 2013 Dodge Journey SUV that they lll victims were discovered in. They sent out a photo of a “similar vehicle” to the one involved in the investigation.  The vehicle was known to be in the areas of Burgis Beach/Good Spirit Lake, the Town of Canora and City of Yorkton on Monday, July 5, 2021.

Investigators would like to speak with anyone who may have traveled along Tiny grid road near the Burgis Beach turnoff in the late afternoon or early evening July 5, 2021 or encountered the vehicle at any of the other locations.  Police say that even seemingly minimal information may be important to this investigation. Investigators are also seeking any information on Bryton and Seth’s whereabouts on July 5, 2021, or in the days immediately prior.

What are your thoughts on Premier Brad Wall’s retirement?