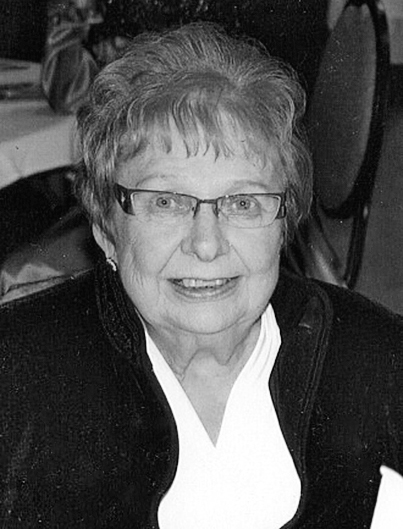 We the family are saddened to announce the passing of our beloved Elvira Lysechko on Wednesday, March 17, 2021 after a long battle with health related issues.
Elvira (nee Norman) was born in Dubuc, Sask. on April 2, 1927. She received her senior matriculation in Dubuc. Elvira was united in marriage to Orest Lysechko on June 2, 1947 and were blessed with one son Gray, on July 11, 1948.
Elvira worked for Eaton’s in Melville for many years until she assumed a position of receptionist for her son, Gray, in his dental practice in Melville from 1994 till 1998. She developed a love for petit point and needlepoint and produced many works of artistry that are displayed on family walls.
Elvira was active with the Kinettes and K-40 for many years. Her fondest memories are of the cabin at Crooked Lake where she entertained family and friends for many years.
Over the last few years she battled with many significant medical issues that eventually overcame her will to persevere.
Elvira is survived by her son, Gray and his wife Beverley; her three grandchildren, Tara, Erin and Warren; and three great-grandsons, Arlo, Anson and Carver.
The last eight years of her life were shared and enjoyed with her partner, Bob Martin, as they resided in Caleb Village where they spent many years of happiness together.
Arrangements were by Bailey’s Funeral Home, Melville.